How much do shower screens cost?

Ranging from $200 to $1,000 and beyond, there is a shower screen for every budget. The price can depend on many factors, plus there might be additional costs worth considering – like installation or additional labour which could also vary by area.

How much do shower screens cost?

In Australia, shower screen cost starts at around $200 and can be as expensive as $1,000 or higher. The shower screen price depends on a variety of factors, such as type of shower screen, size and the materials it is made of. Other costs that have to be considered include shower screen installation cost and even a potential removal cost if the new shower screen is replacing an existing one.

First things first: what is a shower screen?

A shower screen is a glass panel – or a combination of panels – that encloses the shower area, ensuring that the rest of the bathroom space remains dry. Depending on the type of screen and both size and layout of the bathroom, the shower can be fully or partially enclosed.

What materials are shower screens made of?

The selection of materials used in the manufacturing process will affect the shower screen price. High-quality and locally sourced materials might come at a higher cost, however the resulting shower screens are durable and long-lasting, making the money spent go a long way. 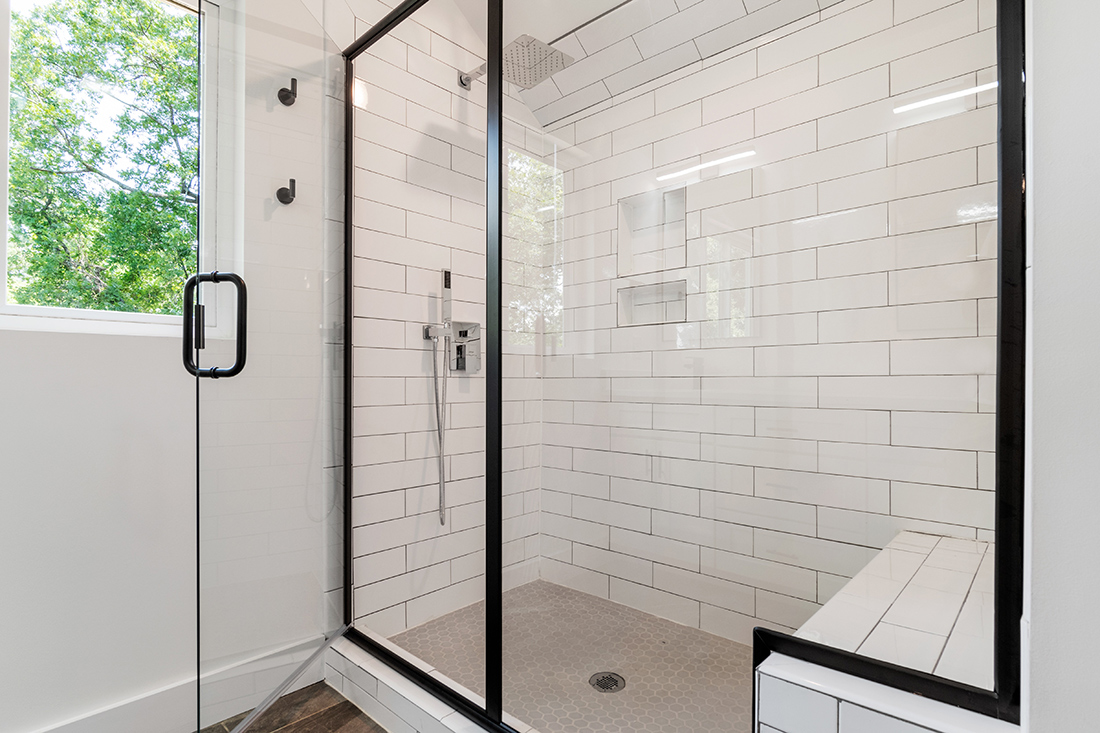 Tempered – or toughened – glass is the most popular safety glass for shower screens. This particular type of glass is achieved by rapid application of heat and cold temperature. The process not only strengthens the glass, but also enables tempered glass to break in a much safer way – if a tempered glass panel breaks, it disintegrates into small chunks that aren’t as sharp and dangerous as shards of ordinary glass which makes it the best choice for high-use areas like the bathroom. Laminated glass is another popular shower screen material. Made up of two sheets of glass, laminated glass is designed to work best in a fully-framed shower screen set-up.

Shower screen cost will depend on the type and design of the glass. While the standard clear glass is the least costly option, low-iron glass which lacks the green tint of the standard glass will be more of a step-up. Similarly, frosted shower screens – or textured and sandblasted glass – can increase both cost and additional privacy value.

Another consideration when it comes to screen cost is the thickness of the glass panel. While in Australia the minimum thickness of glass will be 5 and 6mm for fully framed and partly framed shower screens respectively, and 10mm for a frameless screen, the choice is on safety profile and preference – and will affect the ultimate cost of the product. 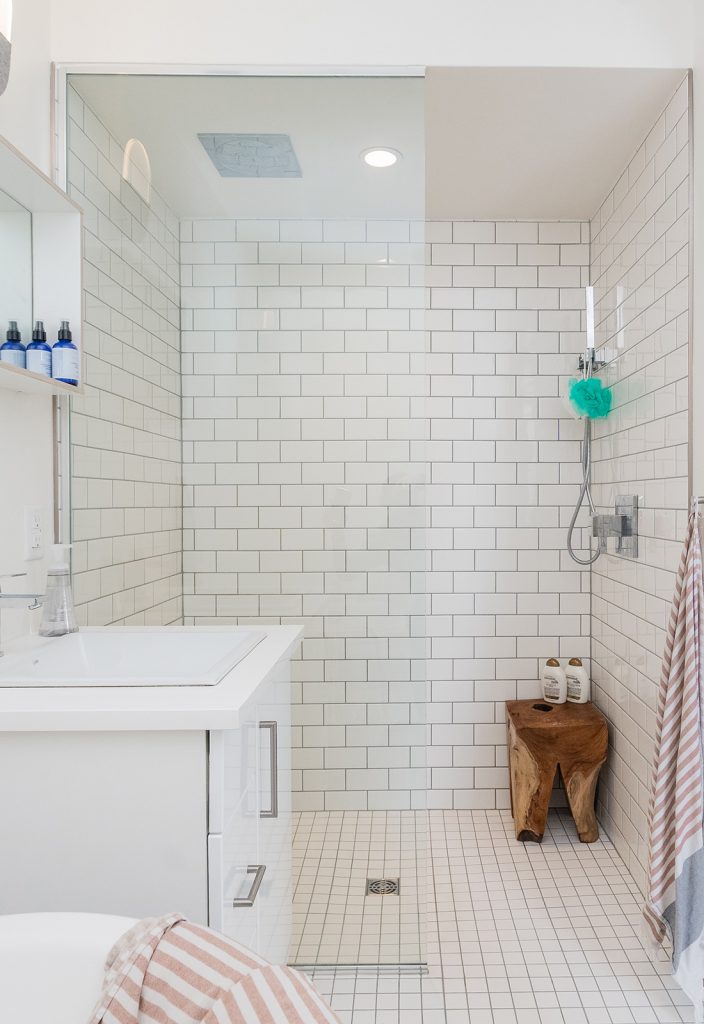 While the screen panels tend to be manufactured with safety glass, there are other materials used in the manufacturing of the shower screen elements such as frames, pivots, hinges, brackets and pins. Here, the quality of the materials matters just as much because high-quality materials can dramatically minimise a need for – often costly and time consuming – repairs or replacements for years to come.

Some of the highest-quality materials include high quality aluminium for elements like hinges, high quality forged brass – rather than cheaper alternatives like plastic or honeycomb brass – for the clamp system or stainless steel. Similarly, while zinc might be an acceptable choice for tapware, it can’t take the same pressure as brass and might erode if not treated properly. Because of that, high-quality shower screens will feature brass brackets with stainless fixings as they’re stronger and more durable – a very important consideration for an environment that’s wet and humid for most of the time.

Is it worth hiring a professional to install the shower?

It’s important to ensure the person you’re hiring is indeed qualified and experienced, and will deliver the desired outcome. Before hiring a builder or a glazier, it’s good practice to:

It’s also best if you can check reviews, watch testimonials or follow-up with their references to get first-hand confirmation they’re the right person for the job.

What is the shower screen installation cost?

Are there any other costs to consider?

There are some other costs that might be associated with shower screen installation that are worth considering.

Sometimes, in order to install or replace a new shower, an old one has to be removed. Oftentimes, any removal costs will be calculated separately so it’s important to discuss them prior the work commencing.

In terms of labour, usually a builder or a glass specialist would install the shower screen, however if installing a shower cubicle is required, a plumber will have to be involved in the process and labour costs will have to be calculated accordingly.

And remember to be careful with your screen once you have it – shower glass replacement costs can be significant.

With shower spaces increasingly growing in popularity, there are a lot of different products to choose from for the shower enclosure. Here are some of the shower trends that will help paint a picture of what’s in – and what’s out – when it comes to an on-trend shower space.

Trend 1: Shower curtains are out, shower screens are in

Quickly becoming a distant memory from the bathrooms of yestayer, shower curtains aren’t as good as containing the water within the shower area; they’re more difficult to clean – and they require a lot of consideration when it comes to making them work within the wider design of the space. Much better at keeping the bathroom dry and much more appealing from a visual point of view, shower screens are not going anywhere. 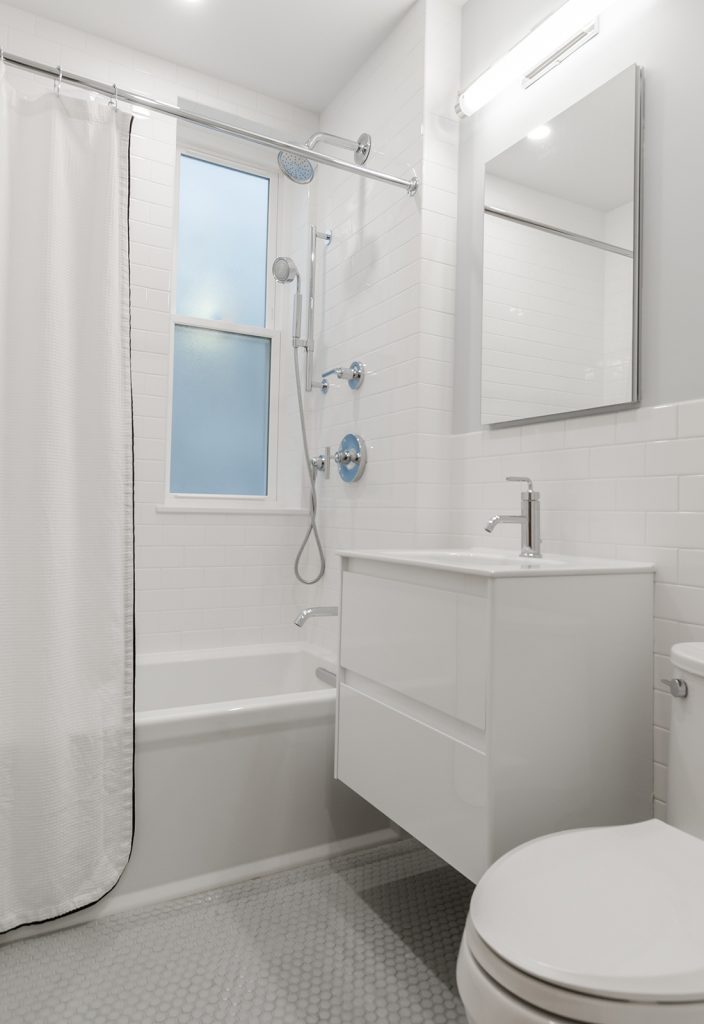 The simple, minimalistic, almost invisible appearance helps create a good flow in the bathroom. Frameless shower screens are also easier to clean – and easier to install as a glass panel can be cut to size, removing any issues potentially posed by installing more complicated fixtures, for example framed doors.

Often incorporated to soften harsh lines of the bathroom space, introducing a curvy element can also help create a more cohesive – or interesting – look if the curvature of the shower screen matches other arches in the space.

Very much in vogue at the moment, incorporating bronze, gunmetal and copper hardware – especially if it matches the tapware or other metal elements around the bathroom or even wider space – is a popular trend to create a cohesive look and introduce more character in the bathroom space.

If your shower is going to have a frame, why not make it pop? A popular choice with semi-framed and semi-frameless, coloured definition across the edge of the glass panel can give the bathroom space more character and highlight its geometry. While black is the most popular colour, a similar effect can be achieved with other, bolder colours.

As the name would suggest, a semi-frameless shower screen has glass panels which are only framed on certain sides – which sides depends, based on the model and desired look. They can be great options in smaller bathrooms as the reduced framing creates a greater sense of space. Semi frameless shower door cost sits around $300 for a 740mm wide single-panel option, all the way up to the $900 mark for a larger, two panel corner model. 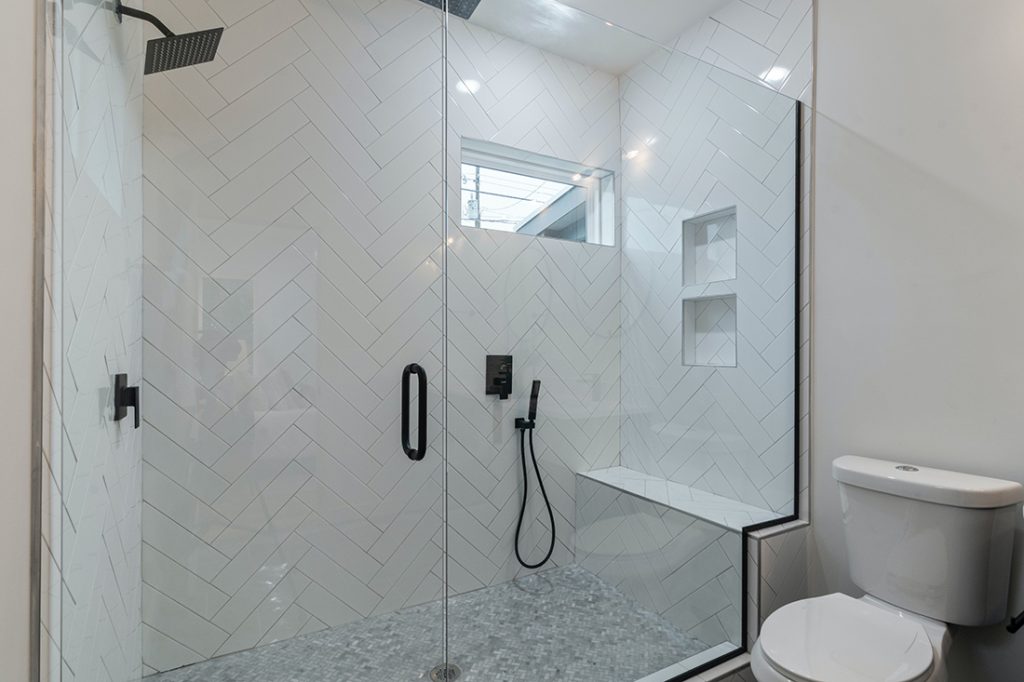 When you think of a traditional shower screen, it’s likely that you’re thinking of a fully framed shower screen. The doors and edge panels – if there are any – are fully encased in framing. The framing is generally of a chrome-plated or anodised metal such as a 6463 alloy. A fully framed shower screen cost can vary, with low cost eBay options available from as little as $220. However, to ensure that what you’re buying is a quality product, you’re looking at pricing around the $500 mark for a 900mm x 900mm unit.

Frosted shower screens can be found in fully-framed, semi-frameless and fully frameless designs. The difference with these is that the glass within the screen is opaque. There are a number of creative opportunities with frosted shower screens – different opacities, patterns or designs can be applied to create a desired look that’s in keeping with the overall design. While it’s difficult to put an exact price tag on a frosted screen (they can be 50-70% more expensive than non-frosted), they are definitely more expensive than clear glass options.

Frameless showers are common in modern bathrooms, and are prized for their sleek, barely-there look. The removal of framing lines visually opens up any bathroom design, while still maintaining full water stoppage and separation from the wet and dry areas of the bathroom. Frameless shower screen price depends on the models, sizes and glass types used in the screen, but there are some general guidelines to follow. You can expect to pay $500-$600 for an 800mm x 600mm rectangular frameless shower screen, and up to $800 for a 1000mm x 1000mm model.

Walk in shower screens are very common in modern bathrooms; the open, sleek, minimalist aesthetic they provide is highly sought after in contemporary designs. A walk in shower can have no screen at all, with the wet area either graded towards a wall, or with a threshold drain running along the edge of the shower to prevent water runoff into the rest of the bathroom. Alternatively it may be bordered by a freestanding shower screen which retail around the $200-$300 mark. 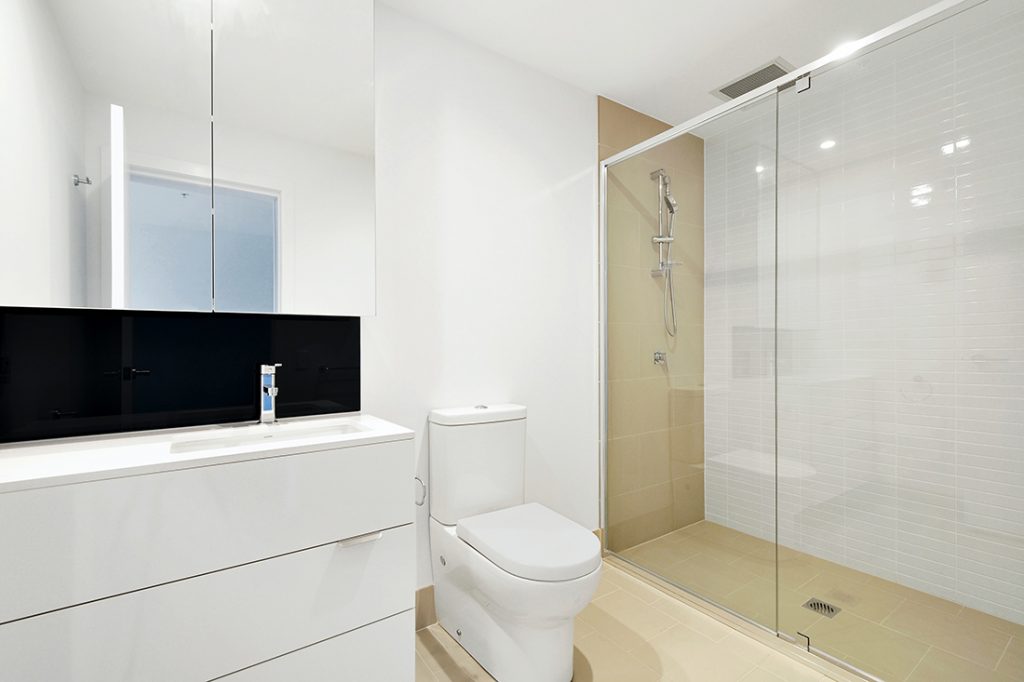 Sliding shower screens can be framed, semi-framed or frameless, and they are great options in bathrooms where space is at a premium. By removing the need for a swing door, sliding shower screens provide great accessibility, visual appeal, and efficient use of existing floorspace. Sliding shower screens are generally a little more expensive than many of the choices above; this is because the tracks and sliders for the door are slightly more complex to create than a hinged door. A standard 1200mm wide sliding shower screen is likely to set you back between $800-$1,000.

A 3 panel shower screen is another of the more traditional screen types and have decreased in popularity in recent years, though they are highly functional as screens. A 3 panel is most common as a sliding screen type, though there are foldable / pivot variations available as well. An 800mm wide three panel screen costs around $400, and prices can go up to the $550 mark for a wider 1000mm-1200mm screen.

Custom shower screens can be a great way to create a screen that fits the design and overall look of your bathroom perfectly. In addition to choosing the design of the screen, you can customise widths, heights, materials, colours and glass types. Because of the number of variables, it’s very difficult to provide an indicative cost estimate for custom shower screens – pricing can range from $500 all the way up to a couple of thousand.